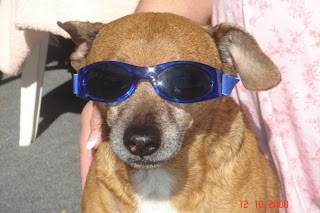 Today was a rather “rough” day to say the least. Tee-Tee our sweet little angel of a doggie was put to sleep late this afternoon.  It was probably the toughest decision we have ever made.  Here are some interesting facts or some history on her.
~ She got her name, Tee-Tee because when we first got her she would get so excited, nervous, happy, worried, scared or whatever that she would tinkle (pee-pee) just a little bit wherever she was.  It didn’t matter what the occasion was or what the situation was she would tinkle. The poor thing just couldn’t help herself.  At the time my sister, Tina had young sons that she was potty training and she would ask them “Do ya have to go “tee-tee?” (Please note that this is said in a heavy southern drawl!).  So it was just OBVIOUS to us that TEE-TEE had to be her name.  It was so fitting for her, don’t ya’ll think?
~ We got her when she was about 2 yrs of age. She was not potty trained nor did she know how to play.  She was a smart cookie that is for sure.  She learned everything very quickly. She was potty trained very easily. She loved to play.  She would even bring the toy and put it right in your hand, or if you didn’t want it in your hand she would put it right in front of your foot.  Now how many dogs do that? She taught herself that little trick! She LOVED to play with her toys or balls. She would play constantly if we would let her. Her toys had to have squeakers in them, otherwise in her mind, they were broken! She enjoyed squeaking them herself!!

~When we got her we already had Chip, our cat.  She knew that she had to get along with Chip in order to stay. He was the alpha male and she followed the his rules, just like a good little girl.
~She was so human like it was unbelievable.  I have never seen another animal as human as she was.  It amazes me.  She would always look you straight in the eyes. She always understood what you were saying, it didn’t matter on your tone or not.  She knew what you were saying. If she knew someone was upset, she would immediately go over to that person and get as close as she could to them and hug them.  She was a great hugger, a good loving doggie. She genuinely understood what was going on  and tried to do anything she could to help. I know that kind of sounds strange but it is true.


~She loved wearing necklaces and I mean necklaces not collars! When she was younger she liked dressing up but as she got older it was too difficult for her (arthritis & cysts). She loved bubble gum.  If she saw me chewing gum she was stuck to me until I would give her a teeny tiny piece and then she was satisfied!  If she didn’t want a type of food it was so obvious, and there was no way she was going to take it!

~Towards the end when she became diabetic, I had to give her shots twice a day.  She also had severe arthritis as well.  So twice a day I would get her shot,  arthritis meds and “treats” ready.  In the morning it was kind of like a game.  She would go running to mom while I was in the living room calling her to come and have her “treats”. She would be in the other room with mom peaking around the corner as if I couldn’t see her.  It was so cute. Then she would finally come out to me, and act all surprised and get on the couch with me and she would cuddle up (hug me) next to me.  After a few minutes I would give her, her insulin shot, then she would love me some more and then I would give her, what we call her “treats” but are really pills.  She always just took them like they were candy.  I know, huh!  I always joked that she was my pill popping puppy!

~ And now, Tee-Tee was diabetic and it seemed to be getting worse. Her arthritis was getting worse as well. She has had what they were calling “fatty cysts” for quite some time, when in fact they were not.  The other day one of them burst.  Some of them were fatty cysts, but there were a few that were indeed, infected abscesses.  So unfortunately, she had been misdiagnosed by 3 different doctors.  I think that alone could have changed a lot of the way her illnesses turned out but I can’t put everything on that, if I do, I will be stuck on that forever.

~I wanted to share a bit about Tee-Tee with the world.  She was truly my father’s dog daughter. We used to joke and say it was his favorite daughter. She never talked back; she always did what he wanted, etc!!

May you all spend extra time with your 4 legged loved ones.  Make sure you give them plenty of hugs and kisses.
4 legged death loved ones tee-tee 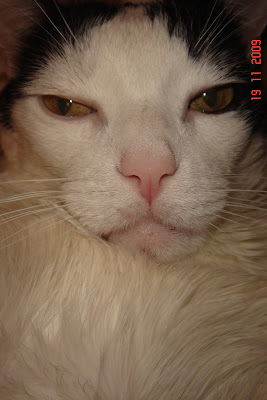 Chip - This look says it all
Tee-Tee is eyeing a pretty yummy treat. 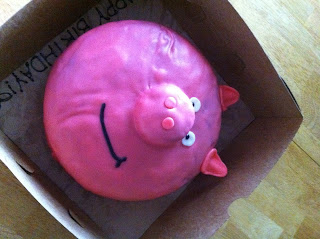 ﻿ *Birthday cake for Mom.  Made by  Sarah @ Dolci
She makes so many more things, all so pretty and all so very yummy in your tummy. Check her out!